How the body sometimes works too hard for its own good

One trait that we humans possess that many animals do not is the degree to which we have mastered fire. Unfortunately, it also includes the trait of being burned very often.

Therefore, our recent history could be considered to be not only characterized by the sudden use of fire, but also by a sudden spike in the rate of burn injuries. Despite our experience with fire, our modern understanding of burn injuries is still not complete.

Although burn injuries can be caused by a myriad of causes, the most common cause tends to be heat exposure to the skin. The severity of the burn is typically characterized by how deep the burn injury was to the skin.

The skin itself is made of three layers, the epidermis, the dermis, and hypodermis.

Following the classification of the layers of the skin, burns are separated into 4 categories:

For most burns, the goals of treatment are to clean the wound and keep it clear of contaminants, reduce the pain of the burn, prevent infections from occurring as the wound heals, and help the wound recover its function with minimal scarring. This supportive model of care that makes sure that the wound is left alone by the outside world with enough help to encourage its healing response is a standard practice of wound treatment. Because severe burn wounds create an opening in the skin, infection is a common condition to guard against, and  the advent of modern medicine has explored providing support to the immune system or using antibiotics to directly control pathogens on the wound.

Despite a long history with fire and extensive research into burn wounds, there still is a frustratingly incomplete understanding of burn wounds today. One phenomenon associated with burn wounds that is not fully understood is burn conversion.

However, what sets burn wounds apart is their messiness when compared to other types of wounds. Heat, unlike solid objects, dissipates and can affect a large volume of tissue, meaning that more tissue could be damaged by a burn than initially suspected, and to varying degrees. This can be accounted for by Jackson’s Burn Wound Model, a model that is commonly used to explain burn wounds.

Within the area of skin that has been affected by heat, there are three areas, the Zone of Hyperaemia, the Zone of Stasis, and the Zone of Coagulation.

In this model, the point of treating a burn wound is to keep the Zone of Stasis alive, so that the final area of skin that needs to be regenerated is kept small.

This model seems deceptively simple because it is. The actual pathophysiology, or the chemical and biological processes that are happening that make the Zone of stasis vulnerable to dying off is not completely understood. However, one of the potential factors that may explain burn conversion could be that an overactive immune system or immune response may make the body target skin in the Zone of Stasis for destruction, or cut its blood supply off.

Immunosuppressive drugs, or in this case tacrolimus and infliximab, are drugs that suppress the activity of the immune system. Tacrolimus is commonly used as a drug to prevent rejection after an organ transplant, where an overactive immune system recognizes a newly transplanted organ as a foreign invader and attacks it. Infliximab is a drug used to treat many kinds of autoimmune diseases, where the immune system mistakenly attacks natural parts of the body itself. In either case, neither drug was intended to be used for burn injuries. In fact, the use of immunosuppressants would go against the tenets of supporting the body and focusing on preventing infections that the current understanding of burn wound treatment is based on. However, these studies have shown that after making sure to prevent infection, using immunosuppressant drugs to regulate the immune response in burn injuries can help to prevent burn conversion and lead to better outcomes.

When investigating tacrolimus, the research team found that previous research has shown that there was an association of certain cytokines, a class of cell signaling molecules, such as Interleukin 2 (IL-2) and TNF-alpha, with the initial phase of wound healing. With regards to IL-2, they found that there was very little research on its role in healing from burn wounds. However, they found some evidence that inhibition of IL-2 is beneficial to wound healing, potentially by decreasing the body’s inflammatory response. To test this hypothesis, researchers induced second degree burns in mice and used treatments of tacrolimus or a salt water solution. The results showed that the mice that received the tacrolimus treatment showed better outcomes in terms of burn conversion and the final result of the healing process. Not only that, older mice had greater gains in recovery, with their wounds being able to end up with similar outcomes as younger mice even when both were treated with tacrolimus. Given the low amount of research in this area, the researchers still suggest further investigation into the effects of tacrolimus and the inhibition of IL-2 in burn wounds.

Many of the same researchers would explore immunosuppressants further and investigate infliximab, which works by inhibiting the previously mentioned cytokine TNF-alpha. TNF-alpha is another cytokine that contributes to the body’s inflammatory and immune response to a wound, but has also been shown to be detrimental to the healing process. Although previous studies had suggested a relationship between immune responses related to TNF-alpha and the worsening of burn injuries, this field had not been thoroughly investigated either. The research team investigated whether infliximab could also be used to safely suppress parts of the immune response while improving the outcomes of the wounds. Like in the last study, the researchers gave mice second degree burns and then administered either a solution of TNF-alpha or salt water. The results showed that both young and old mice that were given the TNF-alpha solution had better outcomes overall than those that were not given the solution. Again, the researchers suggested for further research to be done on the field to explore how inhibiting the immune system could help burn wounds heal. 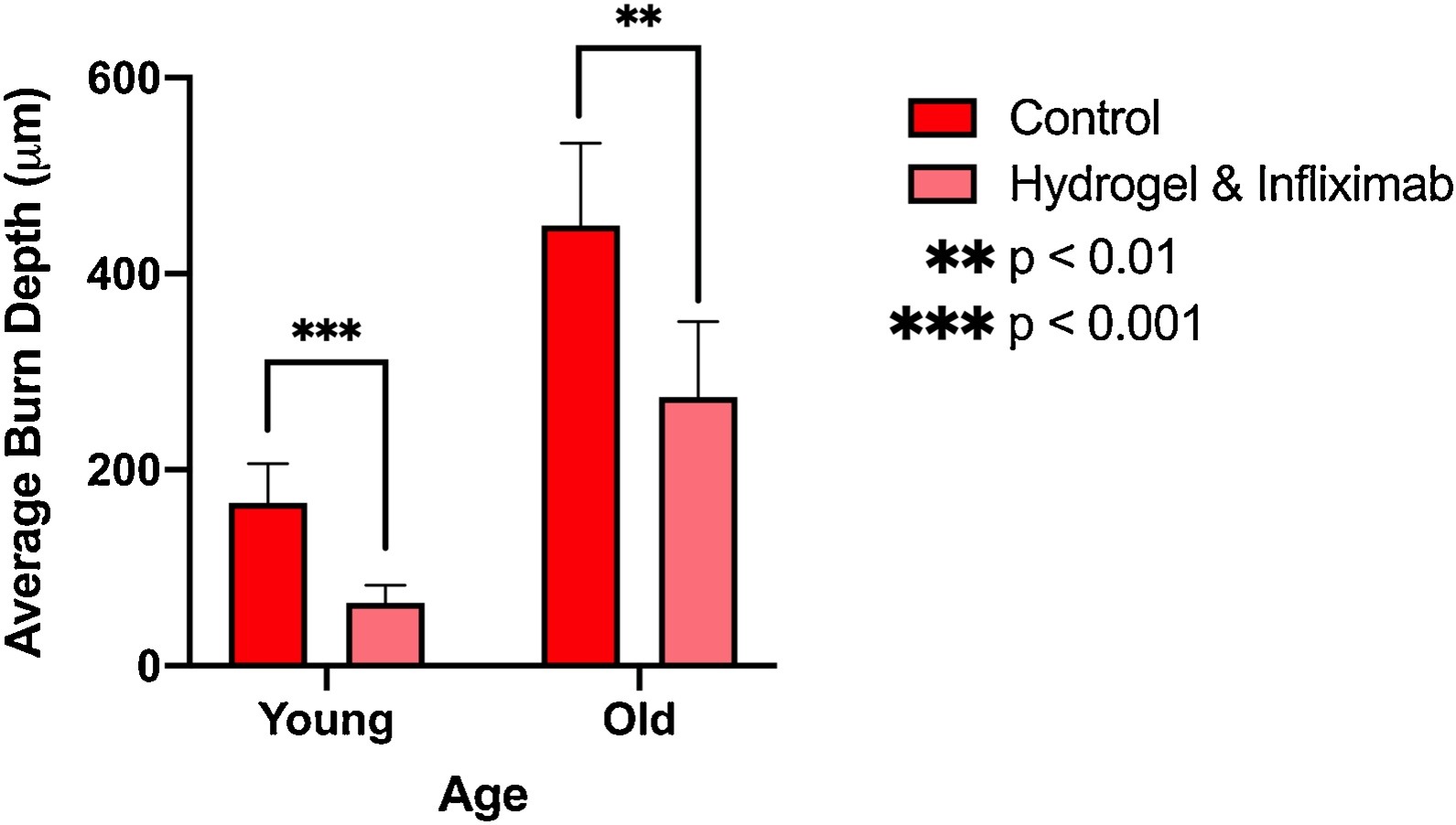 Though these treatments may go against the common understanding of burn wound treatment, they offer a glimpse into the currently unknown aspects of burn wounds. The area around a burn wound has been difficult to characterize because it is often a mess of different pathophysiological responses happening in tandem as the body tries to fight off invaders, cut its losses, seal itself off, regenerate its tissue, and more, all in the same area. This research suggests that while the body may be competent enough to survive a major burn, simply sitting by and trusting that it can achieve the greatest recovery possible on its own is not the case. In this case, mammalian bodies may have adapted to sacrifice future functioning and recovery of a wound for the immediate guarantee of survival by prioritizing its resources to fight off infections and potential invaders. Perhaps burn wound conversion and the death of the Zone of Stasis is a decision by the body to sacrifice tissue that would be hard to fight for and keep alive, leading to it letting the area die if it means that it can prevent the spread of pathogens deeper into the skin. This makes sense, given that our bodies have adapted to live in a world before modern medicine could guarantee an antiseptic environment. However, this means that even in today’s cleaner world, our bodies will continue to needlessly kick out completely saveable tissue, which means that standard burn treatment that aims to maximize the recovery of function in burn wounds will have to include strategies to work with and regulate, not simply support, the body’s response to burn wounds.